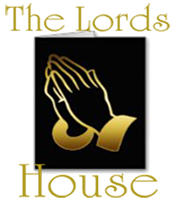 One of the most misunderstood parts

I feel a deep need to write this today, to share with those who have ears to hear and open hearts to receive. May the Lord bless me with His wisdom and words as I set out to do this study for Him, Lord let the words I say be Your words, let the message I say be from You and only you. In Jesus name, Amen.

The Scriptures in Acts are twisted and taken completely out of context by countless “Christians” around the globe and it does baffle me that as plain as it is to “simple” me, I have to wonder how can they NOT see the TRUTH here, then I am reminded of hardened hearts and deaf ears, and those not affluent in the Word of God so as to not be led astray. I know these words seem harsh but I must be honest and bold in my speaking in hopes of leading those sheep back to the fold. May the Lord bless you as you read this, with open hearts and hearing ear’s.

In Acts 1:1-11 Jesus had been resurrected and talking to His disciples, He had told them to return to Jerusalem and wait for the promise of the Holy Spirit to arrive as He had promised. When Jesus had ascended into heaven the Apostles were standing there looking into the sky and in Acts 1:11 an angel appeared to them saying, “Men of Galilee why do you stand looking into the sky? This Jesus, who has been taken up from you into heaven, will return in just the same way as you have watched Him go into heaven.” (This Scripture in itself could constitute another sermon  as it too needs further understanding for those who wait His glorious return!)

The Apostles, of which at this time, there were only 11 as Judas had betrayed Jesus and helped Him be arrested. In Acts 1 and verse 8 we see the outcome of Judas’ betrayal, death! The 11 Apostles are: Peter, John, his brother James, , Andrew, Philip, Thomas, Bartholomew (Nathanial), and James, the son of Alphaeus, Simon the zealot, and Judas (Thaddeaus) son of James. These Apostles went back to the city and entered an upper room to await the Holy Spirit as Jesus had instructed them to do. They waited with Mary, the mother of Jesus and his brothers, among other women. While they waited, they stayed steadfast in prayer. In Acts 1 verses 15 through 26 we see Peter stood up and spoke to a multitude of those with them as they waited, and they also chose the 12th Apostle to replace Judas, they cast lots and it fell on Matthias, so he was added to the eleven Apostles to make the twelve.

Now we start into the greatest misinterpreted Bible Scriptures, in my opinion that is.

When the day of Pentecost had come, they were all together in one place, and suddenly a sound came from heaven like a rushing violent wind, and it filled the whole house where they were sitting. There appeared to them tongues of fire, which were being distributed (they were landing on each) and they were filled with the Holy Spirit and began to speak in OTHER TONGUES, as the Spirit was giving them ability to speak out.

Let’s stop here for a moment. The word tongues here is from the Greek word Glossa for which the definition is: the tongues, a language, a Nation. A language used by a particular people in distinction from that of other nations.

This is NOT a jibberish language as we shall see in the following Scripture, the divine Word of God!

Continuing on in Acts 1 and verse 5, Now there were Jews living in Jerusalem, devout and God-fearing men from every nation under heaven, and when this sound was heard, a crowd gathered together and they were bewildered because each on was hearing those in the upper room speaking in HIS OWN LANGUAGE OR DIALECT!

Let’s understand this, there were people from all over the world here who heard the sound from heaven, they stopped what they were doing to listen and pay attention and they heard those in the upper room speaking in different tongues, they understood what was being said as it was being said to them in THEIR OWN LANGUAGE, NOT JIBBERISH! Please read those two Scriptures over for yourselves.

Let us continue, Verse 7 goes on; They were completely astonished, saying, “LOOK! Are not all these who are speaking Galileans? Then how is it that each of us hears in OUR OWN LANGUAGE OR NATIVE TONGUE/DIALECT? (Among us are) Parthians, Medes, and Elamites, and people of Mesopotamia, Judea, and Cappadocia, Pontus and Asia, Phrygis and Pamphylia, Egypt and the Districts of Libya around Cyrene, and the visitors from Rome, both Jews and Proselytes (Gentile converts to Judaism), Cretans and Arabs. We all hear them speaking in OUR NATIVE TONGUES about the mighty works of God!!”

How can you misinterpret these Scriptures to mean anything more than the Holy Spirit gave these people the ability to speak in ALL languages of the world so that the world could hear the Word of God, the Gospel of Jesus! God Sent the Holy Spirit bearing this wonderful and beautiful gift to ensure HIS people around the entire world could hear the Gospel of Jesus, so that EVERYONE would know God loves them and He loves them so deeply and so unconditionally that HE sent HIS SON TO DIE FOR ALL, for the forgiveness of our sins!

Christians around the world have taken a beautiful gift and destroyed it, made it a mockery. Turned it into something that is quickly turning into a “fad” in churches!

I would like you to pray the Lord open your ears and your hearts to this message, that He will give you wisdom and understanding. I ask that you go find your Bible and read these Scriptures, read them slowly and ask the Lord to help you understand them the way HE wants you to know them.

We have to stop adding to and taking away from the Word of God, we have to start studying everything we are told, check it, make sure you are NOT being led astray, your eternity is at stake!

May the Lord bless you.